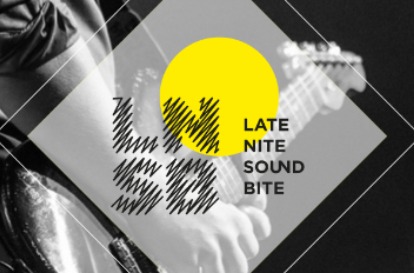 Late Nite Sound Bite is a once a week late night every Friday from October featuring fresh NZ music, refreshing drinks and gorgeous food at Dough Bakery and all galleries open until 8pm. Live music starts from 6.30pm and entry is by koha.

Late Nite Sound Bite is brought to you by Whirinaki Whare Taonga.

Lauren Armstrong: Born and raised in Wellington, Lauren Armstrong’s voice is influenced by the style and character of 1920s New Orleans. Having graduated from the New Zealand School of Music (BMus) , she performs regularly in Wellington and around New Zealand with vocal group “Space Between The Notes” and "The Victory Dolls" as well as leading a few of her own ensembles. A Wellington icon in her own right, she regularly works alongside many local luminaries in the New Zealand jazz scene.

Zak Dikvert has been playing in the Wellington Jazz scene for the last 20 years. An accomplished jazz guitarist and singer, playing a variety of styles from Swing, Latin to Funk & Soul. He established himself as an interpreter of the Great American Song Book and beyond.

Accompanying Lauren Armstrong on vocals is a treat not to be missed.