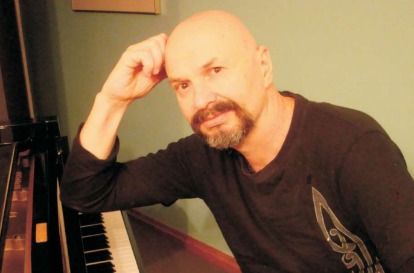 Bob Keeton studied composition with David Farquhar and Jack Body at Victoria University. After being a guitarist in his youth, Bob Keeton began studying the piano seriously with Mary White in his 20's gaining his Performers Licentiate from Trinity College.

He has played solo improvised piano in bars, hotels and private functions around the Wellington region. He has also worked as an accompanist for singers and instrumentalists in a variety of musical settings, played piano in orchestra pits in professional stage productions, accompanied choirs and played keys with various rock bands. Bob has performed with the Geoff Culverwell quartet and was the resident pianist for the legendary "Benj Berryman Hiptet."

As well as performing with High Society he currently plays keyboards with the Joe Cocker tribute act "Hitchcock Railway," plays with "Phil Costello and The Five o'clock Shadows" and performed as a singer/songwriter.

Late Nite Fridays is a once a week late night every Friday from mid Jan to mid-May featuring fresh NZ music, $10 Roses and Sawmill Pilsners, gorgeous food at Dough Bakery and all galleries open until 8pm. Live music starts from 6.30pm and entry is by Koha.

Late Nite Fridays is brought to you by Whirinaki Whare Taonga.